All the flights were easy. British Airways gets an A for effort. I have learned to really like business class. The food was good, I had a bed to lay down to sleep. I also had time to catch up on movies. I don’t watch many in my RV lifestyle. Captain Marvel was great (I am a Marvel movie fan). Flying Solo is a documentary about a young man who free climbs Half Dome in Yosemite National Park. It was a great movie. Aquaman was just so-so. Two out of three isn’t bad.

It has been an easy entry into the third world. Our guesthouse, Pennywise Cottages,  was delightfully tucked into a neighborhood quiet and clean. We could easily access downtown Victoria and walk to Victoria Falls National Park. Since Zimbabwe has very little money we were able to use US dollars for any financial interactions in town.

Victoria Falls, Mosi-oa-Tunya (The Smoke That Thunders) is one of the three largest waterfalls in the world. (Niagra Falls & Iguazu Falls being the other two) The Zambezi River feeds the falls.The falls highest point is 355 ft. It consist of eight points where the water drops. The volume depends on the season. Currently it has a pretty good flow moving over the top of it. Once in a while when a hippo or crocodile get to close to the lip of the falls the current can push them over the edge.

We entered the park around mid-morning and spent the rest of the day hiking close to six miles to view different areas of the falls. We hiked from a rainforest into a semi-arid desert. Along the way we met up with Baboons, Vevert Monkeys, Warthogs, Bush Bucks, and more. Then there were the birds….And the camera went wild. Not all was incident free. My friend Mary (Zee), warned us of the baboons but forgot to mention those pesky monkeys. My friend, Phyllis, who I am traveling with had her desert stolen away as we sat at an outside table in the National Park, enjoying, well, trying to enjoy a snack.

The following day we hired a driver and continue to sightsee in the area.The Big Tree was first on the list. It is one of the largest Baobab trees in the world and is guessed to be 500 years or older. This is a big tree. I first learned of Baobab Trees for the book, The Little Prince by Antoine de Saint-Exupery, and have always wanted to experience one in person. This tree was large, very large. As I circumnavigated the tree I could not help but notice that I had to walk around Elephant dung. Elephant dung!!!!!!!!!!

“The ground on the planet was infested with baobab seeds. And if we do not remove a baobab seed on time, it will never be possible to be free of it. It will obstruct the whole planet. It drills through it with its roots. And if the planet is too small and the baobabs become large, they will make it shatter.”

Later in the morning as we were driving to our next destination  a herd of Impalas walked in front of the car, Impalas! Imagine that? I have been delighted with all the wild life. There are new birds to add to my list, and it was pretty amazing to see animals I have only seen in a zoo or wild animal park. When we ask the local people about the animals they often don’t even acknowledge them. I guess it is similar to me saying “there goes another coyote.” Although I do like coyotes.

Alpacas on the Move

Opheus, our driver took us on a tour of where he and his family live. There are 15 people living in a 5 room house. We met his wife and youngest daughter. It was a good insight into how the local people live and survive. 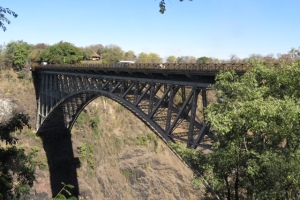 I ended the trip walking across the bridge that connects Zimbabwe to Zambia. There was a moment on the bridge when I stepped into No Man’s Land, about two steps wide that is owned by neither country. Near mid-span I was offered the opportunity to bungee jump or swing into the deep gorge. No Thank You! It was fun to watch others take off and experience a thrill I am sure like no other.

Now I am in transit, it is a flying day. I am heading to South Africa for the next five weeks.Travel days are quiet days. Days of waiting and practicing mindfulness and patience.

Zimbabwe was an interesting visit. The country is bankrupt. They have no money. The head of the country is corrupt and it is hoped after this year that things will get better. The local every day people are not so sure this will happen. People wait over a year for a passport to travel. There is not enough money to buy the paper and ink that is needed to stamp a passport and fill out the paperwork. The type of money can change every day. It’s worth can change several times a day. The local people pay for very little, with cash. It is all done with cards. The poorer areas of Zimbabwe have had no electricity since 2010. While I was there we went a day without electricity. The hotel manager told us sometimes it is off for an hour and sometimes for days. There is a minimum amount of gasoline and our driver gets up at 5:30 a.m. to wait in a cue to be sure to get gas before the station runs out.

As I walked around the town and into the park it felt a bit awkward to know I had enough money for almost anything I wanted. I could sit down to eat at a cafe or restaurant. Foods on the menu might not be available because of cost. I just order something else. I don’t have to worry about whether the money I am holding is worth anything now or in a few hours. When I said no to a street artist trying to sell his wares, even the few dollars might affect his family and his life for the next day. I could endure twenty-four hours of no electricity. It was a novelty. For the locals it is a reality they live with.

My introduction to the third world issues, I am sure, is just beginning. I believe that travel is a good way to become aware on a local day to day level how life is lived no matter where I travel. I hope this awareness moves me toward compassion for others and for myself.

As I move into South Africa I hope to carry the things I learned in Zimbabwe with me. I will be seeing amazing things and I know the political issues will surface again. I truly like the idea of journeying to see the wonderful and to create a more global perspective in my own life. 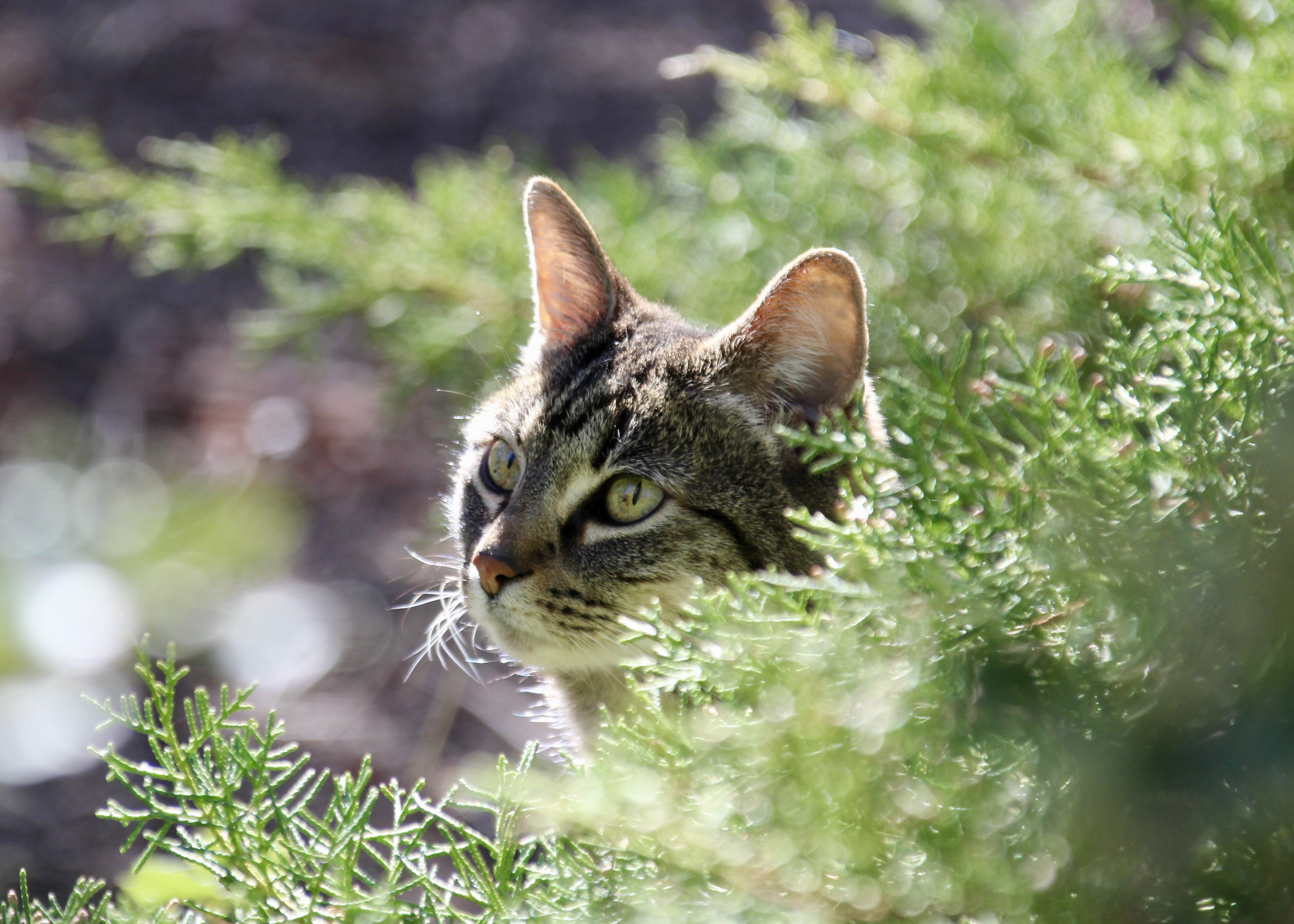 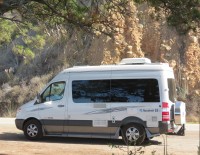